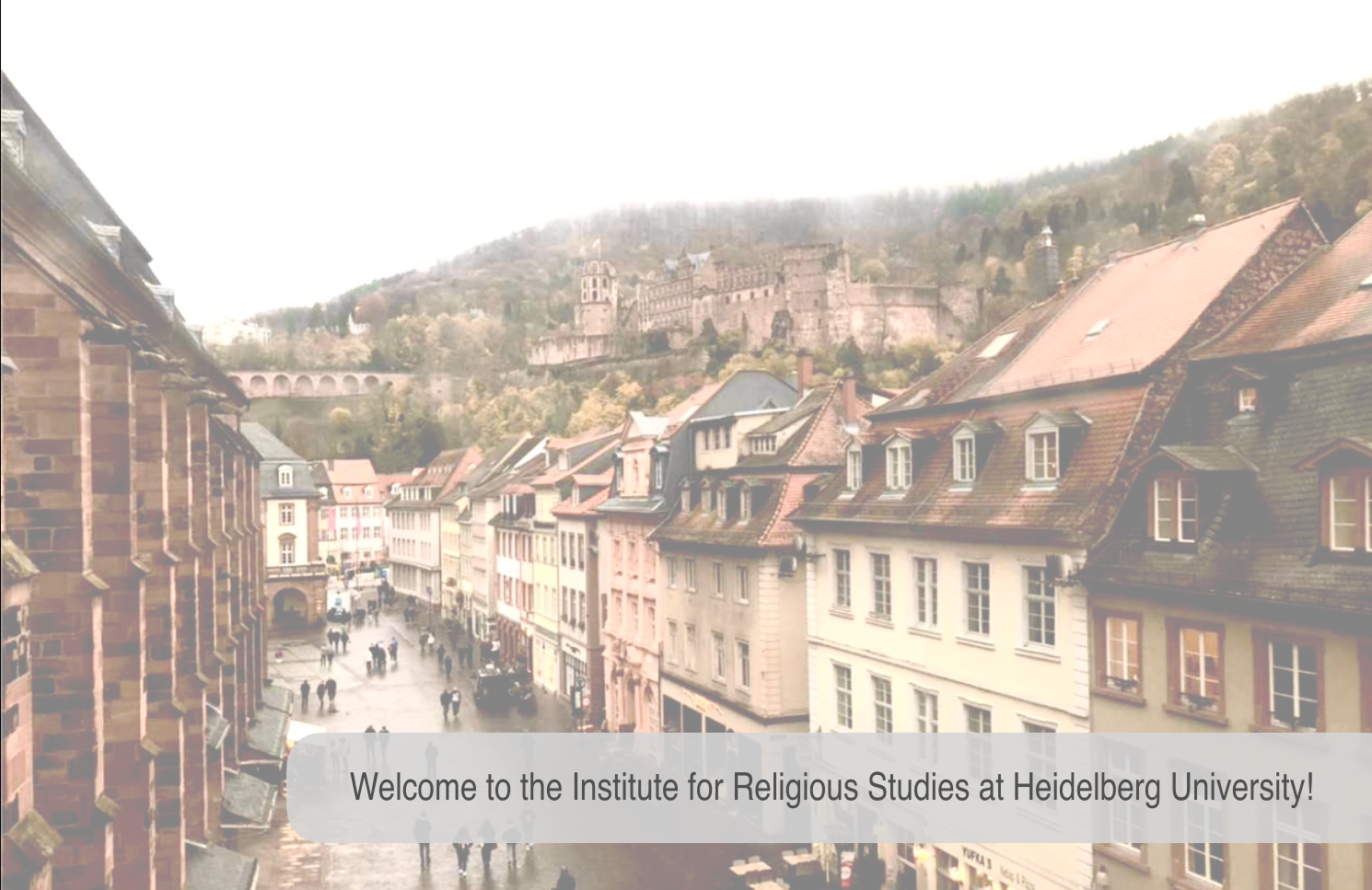 Current Events at the Institute for Religious Studies

Students that have taken part in the introductory course for first semester students and filled out the attendance sheet will automatically be added to the mailing list.

At the Institute for Religious Studies at Heidelberg University both history of religion and current religious developments are subject of teaching and research. The approaches followed in Heidelberg are based in a cultural studies perspective; religious beliefs, practices and materials are products of historical developments, which have to be considered in their respective historical, cultural and societal contexts. Questions of general as well as period-specific religious history and contemporary religious developments are equally considered in research and teaching.

History of Religious Studies in Heidelberg

Religious studies as a subject draws legitimacy not least from the fact that its perspective is one of cultural studies. Cultural studies takes positions of actors as part of discourses leading to the production of 'reality'. This 'reality' is then contextualized by scholars of religious studies. Contextualizations show the historical conditionality and relativity of reality. Alternative possibilities in historical developments become visible. As a consequence, the status quo can be challenged since it no longer appears as a product of fate or destiny.

Please contact administration or the head of the institute if you have any questions or concerns.

An overview of current consultations hours can be found here.

Current Information about the Corona Virus.

Heidelberg Religious Studies in the Media.